Mr Miles Dickson is an expert plastic and reconstructive surgeon based in Hertfordshire and has been practicing since 1989. His areas of expertise include breast augmentation, breast reduction and breast uplift surgery.

As well as specialising in breast surgery, he also carries out abdominoplasty (tummy tuck) and rhinoplasty (nose reshaping). Mr Dickson also receives many patients requiring minor procedures, such as mole removal and to treat skins cancers and 'lumps and bumps'. 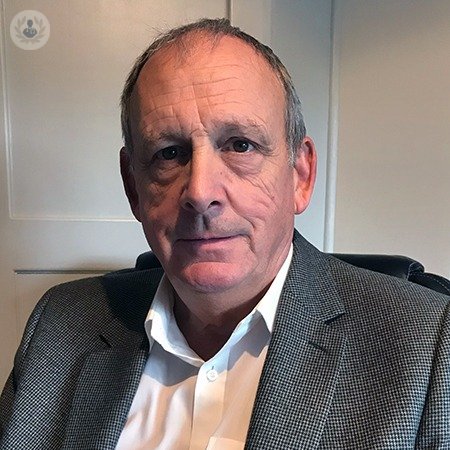 What is breast reduction?  Breast reduction is a surgical procedure to reduce the size of the breasts. The operation is performed ...

Waiting time was good, Mr Miles was very thorough with his explanation of the procedure

Any cookies that may not be particularly necessary for the website to function and is used specifically to collect user personal data via analytics, ads, other embedded contents are termed as non-necessary cookies. It is mandatory to procure user consent prior to running these cookies on your website.